What a day we had, it was truly spectacular and a fitting tribute to those African, Caribbean and Asian heroes that fought for our freedom, and have been less celebrated than their due. We will remember them always. 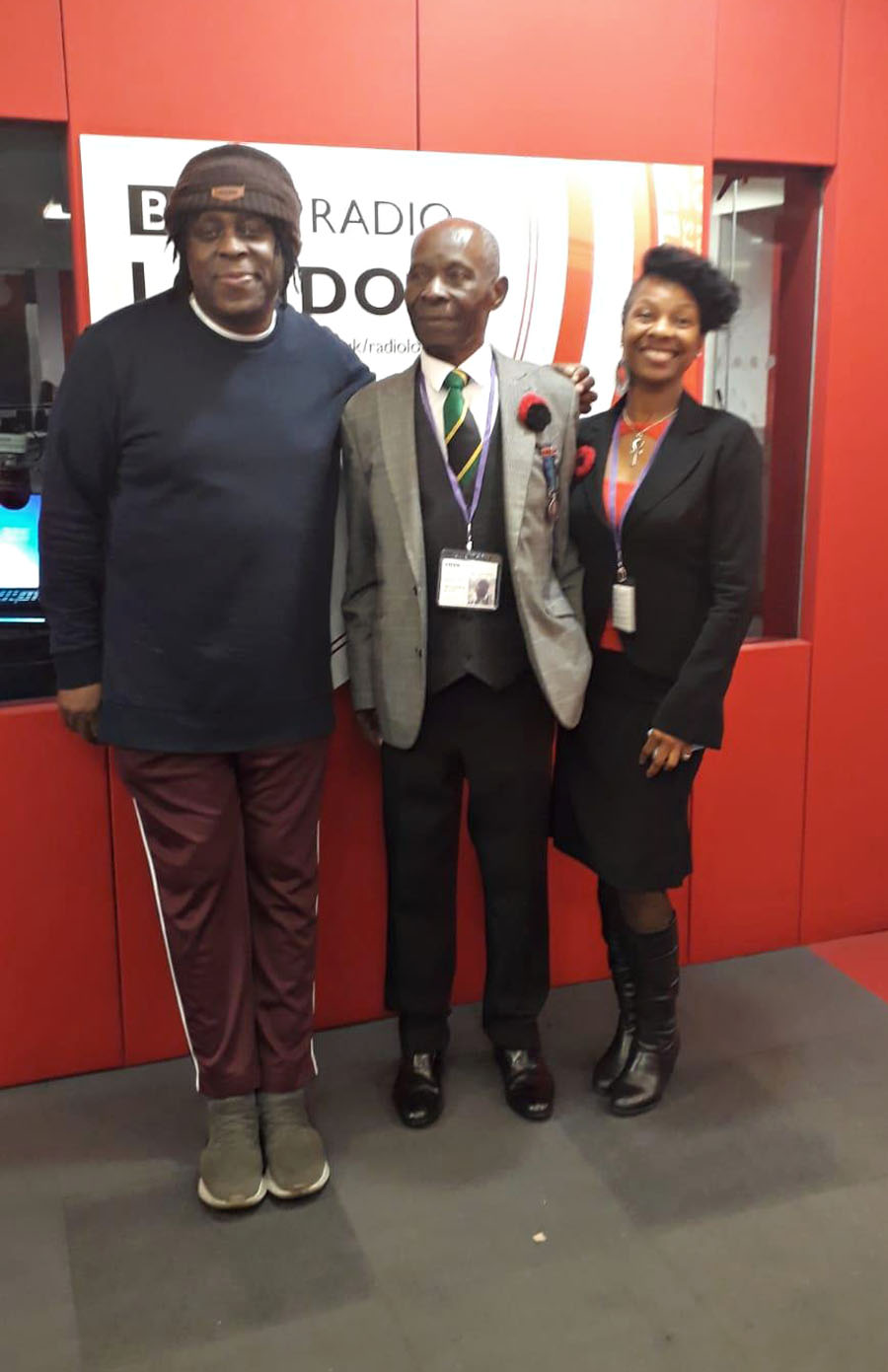 Me and Dad with Dotun, Radio London talk host.

I would describe the event as an emotional one for us as Black people, it was all very moving to think that people like writer Nairobi Thompson’s great grand uncle, who was a famous Tottenham footballer and the first Black officer in Britain’s armed forces, still has not received a medal!

Neil Flanigan MBE took the salute at the military parade following The Last Post. He was born in Jamaica and travelled to England in 1943 to join the Royal Air Force after seeing an advertisement in the Jamaican Gleaner. He was a ground crew member at Bomber Command and after the war he became president of the Clapham-based West Indian Association of Service Personnel.

After laying a wreath, Dad and I went to a lunch held at Lambeth Town Hall and watched the fantastic, eye-opening film Hero, about Ulric Cross who was in the RAF (he was from Trinidad) and then was instrumental in drafting the constitution of Ghana as a lawyer. It’s not on general release but I would highly recommend everyone gives it a viewing.

Richard Finch, Ulric Cross’ son, was among the speakers and read a poem about war written by one of his former pupils (he taught at Kingsdale school in Dulwich from 2000 to 2008). He told us that his father was a fervent educator. Richard’s great grandfather had been the first Black head teacher in Trinidad.

Later on we set off for our scheduled interview on Dotun Adebayo’s programme at BBC Radio London. I talked it over with my father, but what else could we do but provide truthful answers to Dotun’s line of enquiry. We didn’t know exactly what he was going to talk about, there was no script. But we knew he’d read our book and Dad was prepared for that.

There were other illustrious guests sitting around the table; Dr Jak Beulah and Nairobi Thompson, as well as Major Flurry and Neil Flannigan. We were the first on and so Dad said his bit and then Dotun went around the table inviting opinions from his guests.

Neil Flannigan MBE and aged RAF service man who had great insight into the black contribution in war conflicts. Nairobi Thompson read out a thought provoking and emotional poem (They Had No Choice from the book Mangoes and Bayonets,) which in essence asked why the contribution of animals in WWII is more recognised than that of black servicemen.

Dr Jak Beulah gave his views, great insights. He has spent years championing blue plaques for Black candidates which started with a plaque in honour of Bob Marley during Black History Month of 2006.

Dad and I had a little more air time. We focussed quite a bit on the traumas of war and active duty for military personnel and the signs of PTSD even six decades on.

There was a very sad story that was shared by a service man who called into Dotun’s programme and I wasn’t very articulate but was trying to say that people need to have their stories listened to in order to help them feel valid and valued by society and then to be able to imagine themselves into a healthier, happier future, despite their horrid experiences of war.

Finally US Army Major Jared Flurry from West Point, who flew in from the US for the event to offer his views, and was the first international guest at the Windrush Square event, pointed out that the First World War began and ended in Africa and that the records of the contributions of thousands of Black service personnel had been “lost, burned or buried” and were only now being rediscovered.

Indeed, despite some 2 million African and Caribbean servicemen and women contributing towards both world wars, of the 70,000 war-related memorials recorded to exist, not a single one had been dedicated specifically to them until in 2016 Dr Jak Beulah expanded his Trust to include monuments as well as plaques.

The day was all rather impressive and a little overwhelming. But at the studio I managed to get some snaps, see below. 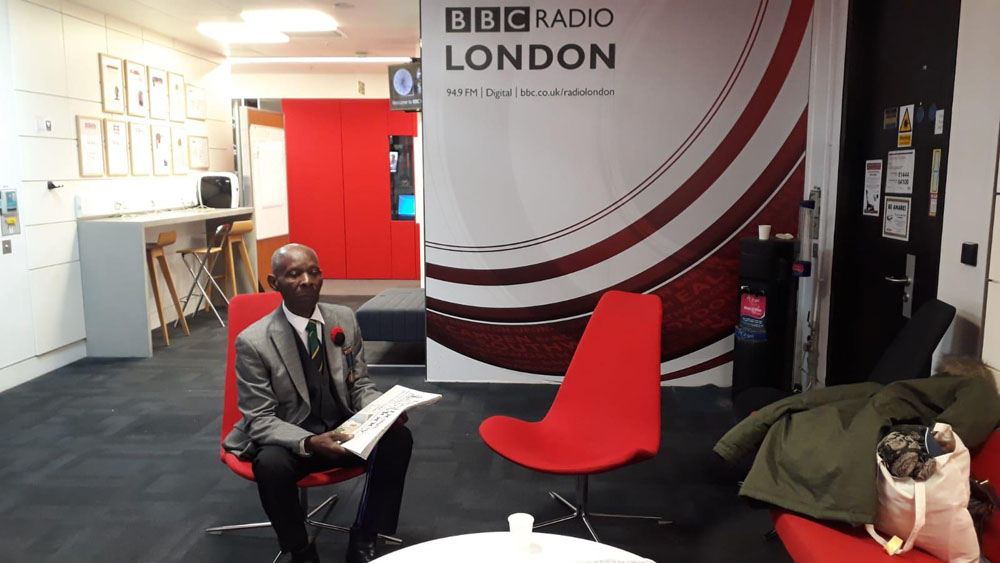 Stanley Roy Archer sitting in the studio foyer waiting to be called for the broadcast. 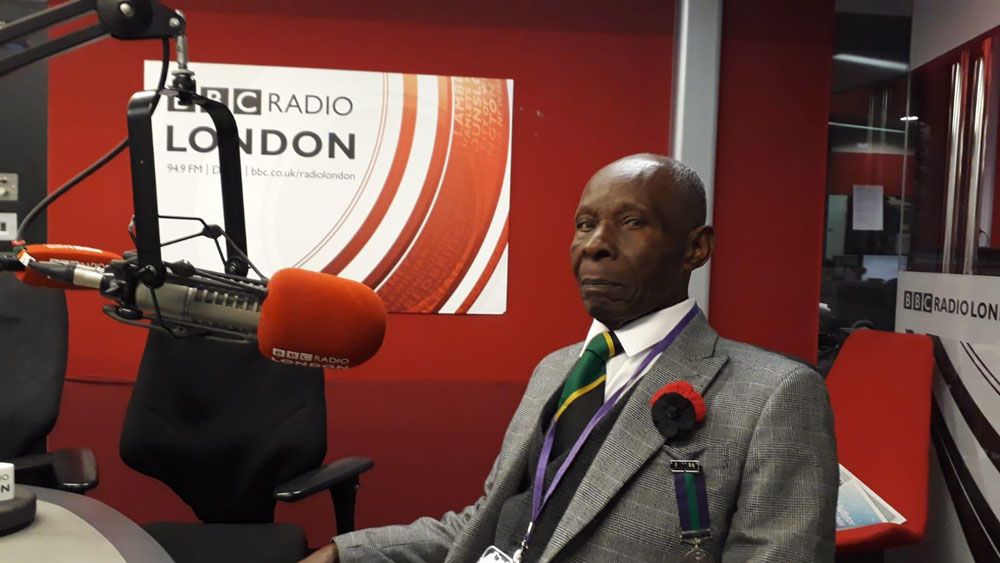 Waiting for the live programme to go on air. 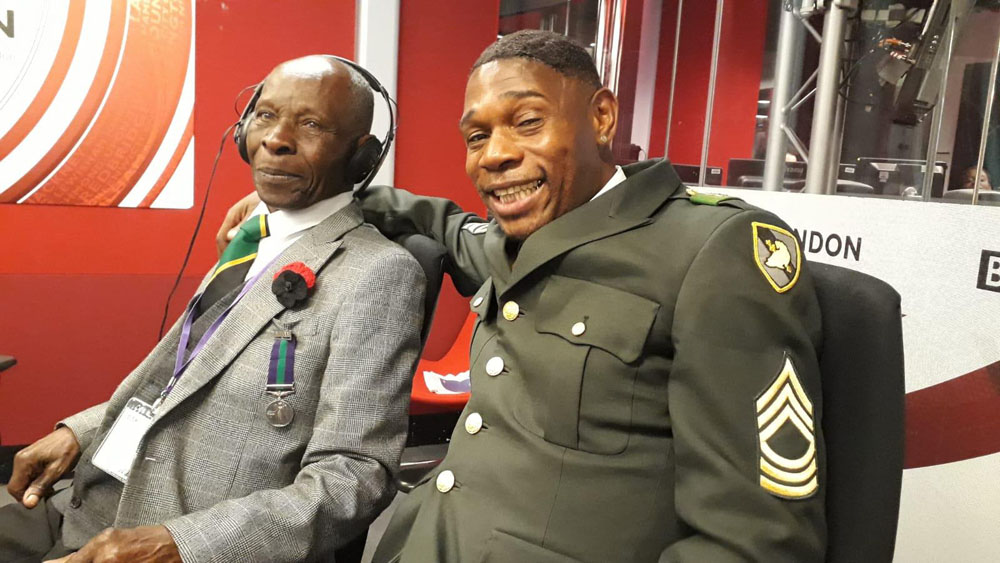 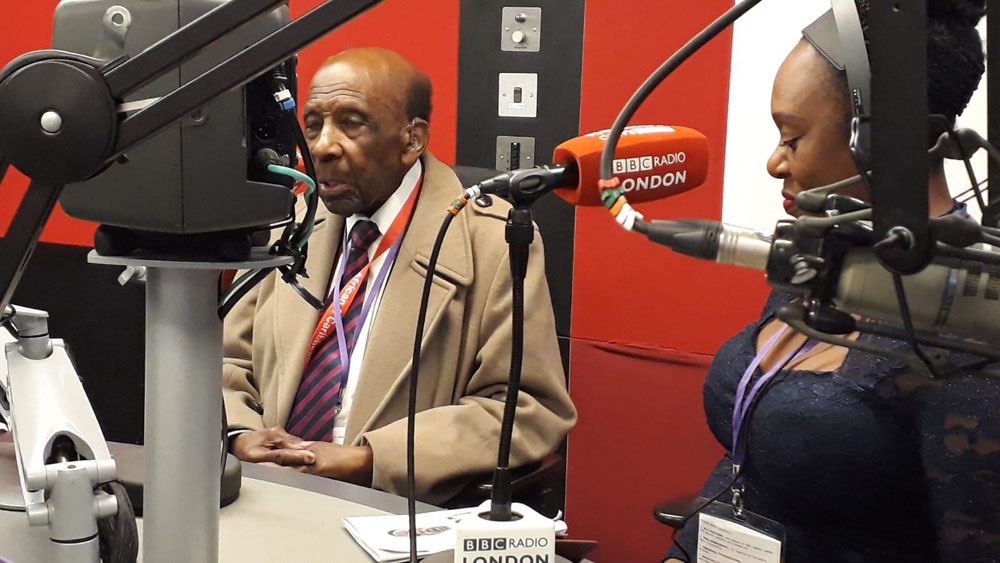 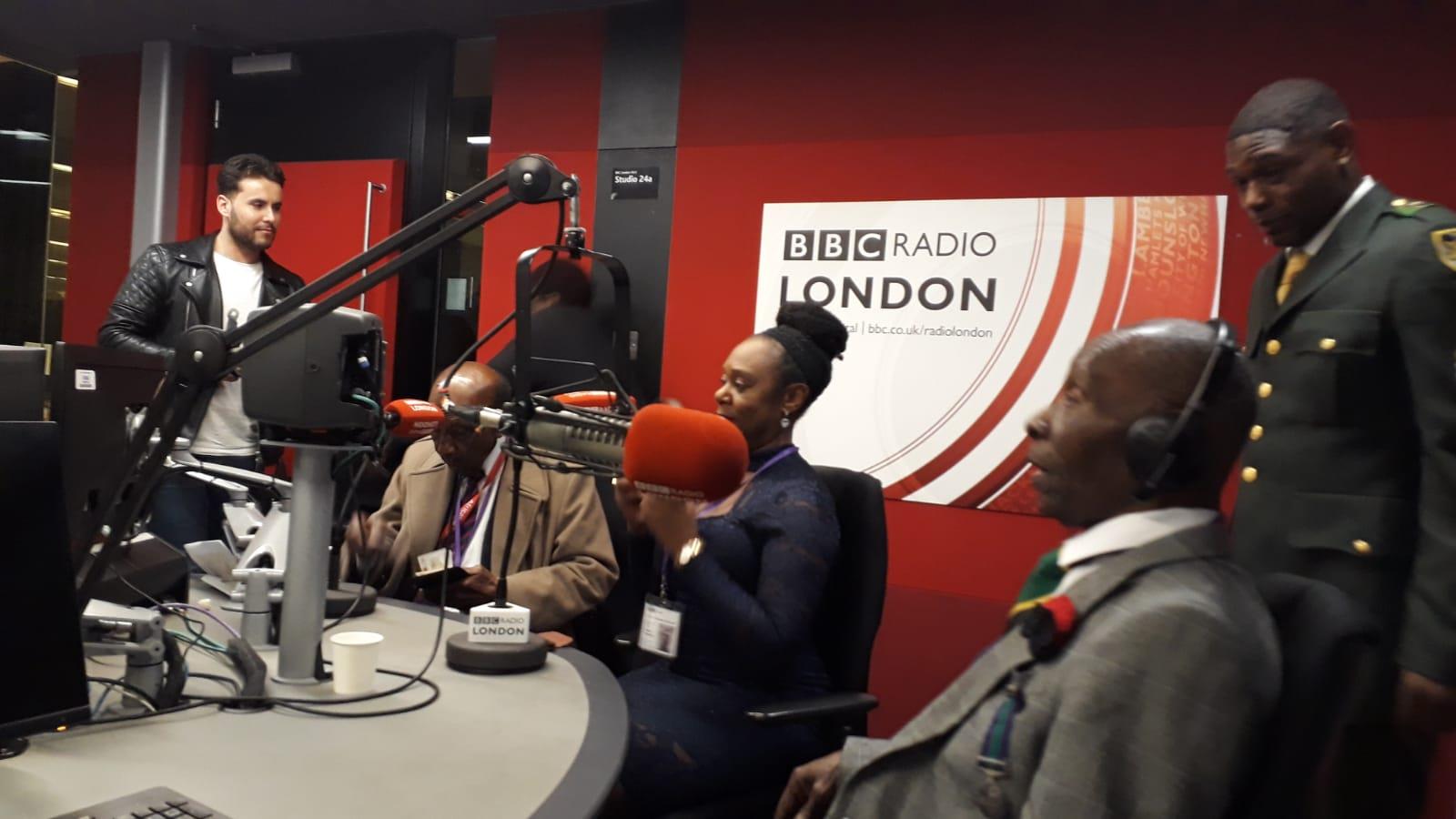 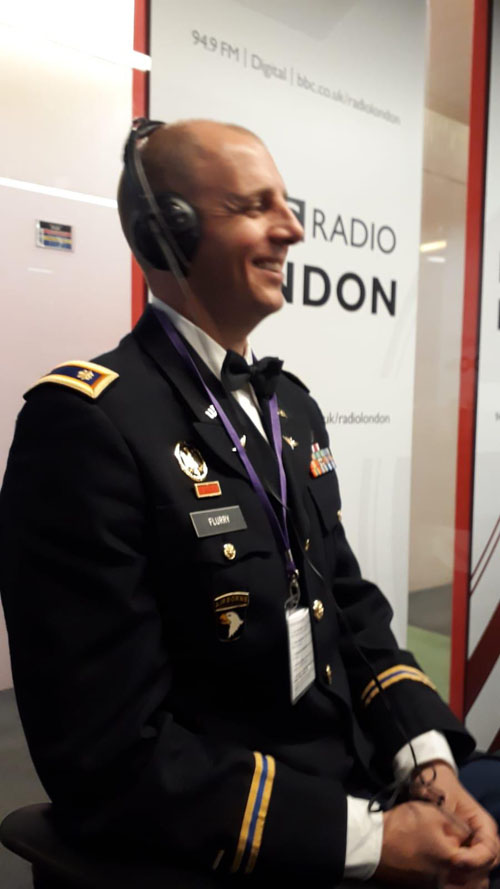